Here is a place for your projects which are not officially supported by the Porteus Team. For example: your own kernel patched with extra features; desktops not included in the standard ISO like Gnome; base modules that are different than the standard ISO, etc...
Post Reply
9 posts • Page 1 of 1

As you may know, Xfce is going to a controversial direction. Not only current 4.16 is slower than 4.12, but it has many annoying bugs that haven't been fixed even in current developer stage, not to mention some odd UI designs. And apart from High DPI support I don't see any useful change in 4.16 that justifies its drawbacks. Because of that I decided to provide this 4.12 module that has the following highlights:

1- compiled using Clear Linux compile flags, which means it's the fastest build you can find;
2- built packages as much as possible using GTK2, since it's faster than GTK3. Unfortunately some packages in 4.12 already depend on GTK3, like exo and terminal.
3- task manager now informs the actual memory consumption (i.e. including any files copied to Union, like loaded xzm modules);
4- module compressed using zstd (a bit bigger in size, but much faster decompression times);

...I also made a module to have iso-master and gcolor2 back.

It's incredible how much we can gain with this one !


A little bug with the size of icons (very big ) with Thunar in liste and icon view...?
Top

Do you mind sharing a screenshot?
Top

I'm sorry...Forget this error: it's related to a session registered from the previous version (0rc2)
Top

I love this version! Nice design and very fast!
(the other version is too much heavy)

This version should be highlighted...Why not keep it on the ftp sites ?
Top 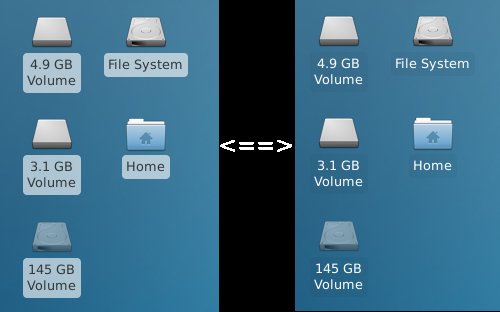 Nice one, donald! Thanks